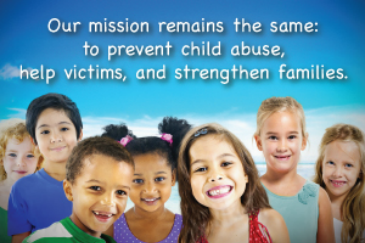 The mission of the Blount County Children’s Center is to prevent child abuse,  help child abuse victims and strengthen families.  We have been faithful to this mission for over three decades.

Organized in 1983 as “SCAN” (Stop Child Abuse Now), the Blount County Children's Center was begun by DHR Director Frances B. Hill and DHR Supervisor Henrietta Wade Ellis as a community-based, all-volunteer, grassroots organization of people who saw hurting children throughout our county and chose to do something about it.   They provided child abuse awareness presentations, prevention programs, and parenting classes.

After learning of the first Child Advocacy Center developed in Huntsville, our board of directors chose to develop a similar facility, one that would not only provide prevention programs and parenting classes, but also serve child abuse victims and their caregivers.  In 1989, the agency was incorporated as Blount County Children's Center, a United Way partner agency.  In that same year, the agency moved into its present facility, the Eagan House, located in Oneonta, Alabama.  Built in 1905, the old home was purchased for the Children's Center by a number of generous donors, including the employees of American Cast Iron Pipe Company (ACIPCO).  It was named the Eagan House to honor ACIPCO's founder, John Eagan.  For six months, volunteers worked to restore the home for its grand opening in October of 1989. Right away, the agency expanded its services to include professional therapy for child abuse victims and their caregivers.

In time, the agency became a fully functioning Child Advocacy Center, the focal point for the county-wide multidisciplinary approach to child abuse prevention, investigation, and prosecution. Now, when DHR or law enforcement receive a child abuse report, the child is brought to the Children’s Center for a forensic interview.  The interview is conducted by an employee of the Children's Center in a non-threatening, child-friendly environment, while representatives from DHR, law enforcement, and prosecution observe via a closed circuit monitor.  The interview is recorded so that the child does not have to be re-interviewed by other parties.  Then, each month, members of the multidisciplinary team (DHR, law enforcement, prosecution, medical, mental health, schools, juvenile court) meet to review the progress of the investigation, sharing information so that optimal decisions are made for the protection of the children involved.

Today, the Blount County Children's Center continues to operate at the same location, providing a variety of programs.  Our services have expanded and changed through the years, but our mission remains the same: to prevent child abuse, help victims, and strengthen families.